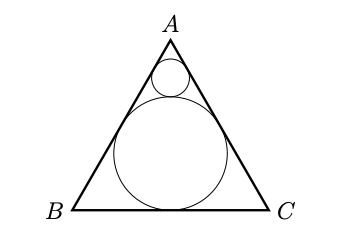 Interior point in a parallelogram

Use the results of the previous two problems.

Describe a procedure to do the following task: given two circles \(G_{1}\) and \(G_{2}\) intersecting at two points \(X\) and \(Y\) determine the center of each circle using only a straightedge.
A straightedge is a ruler without any markings. Given two points \(A, B,\) a straightedge allows one to construct the line segment joining \(A, B\). Also, given any two non-parallel segments, we can use a straightedge to find the intersection point of the lines containing the two segments by extending them if necessary.

(b) Reconsider your procedure to see if it can be made to work if the point \(X\) is in some other position, e.g., when it is inside the circle or to the "left/right" of the circle. Clearly specify all positions of the point \(X\) for which your procedure in part (a), or a small extension/variation of it, can be used to obtain the perpendicular to \(A B\) through \(X\). Justify your answer.

In the quadrilateral ABCD shown below, AM and CN are the altitudes of the triangles ABD and CBD, respectively. Show that BN=DM.